Nootropics are certainly one of those things that capture your imagination. You pop a pill and everything becomes clear. You are more vigilant, more observant.

Sure, three months down the road you start resembling a patient with a full-blown neurological disorder. You catch yourself scratching your arms nervously while your eyes twitch.

And if your pill is nowhere to be found you drop on the floor and start rhythmically convulsing.

But hey man! Those moments of clarity!

In all seriousness – nootropics have definitely become a thing in the last couple of years. The appeal is understandable.

At the price of a pack of pills, you can become a better version of yourself.

Is it really the case? Nope.

If you ask me, it’s definitely more of a fantasy for the naive. Let me explain step-by-step why it is so and what you can do instead to become this sexy learning-machine.

Not everyone is familiar with this notion. Since I don’t want to risk keeping you in the dark, let’s delve into it.

Nootropics are natural and synthetic compounds that can improve your general cognitive abilities, such as memory, attention, focus, and motivation.

As a rule of thumb, natural nootropics are much safer and can actually improve the brain’s health (see Suliman et al. 2016).

As you can see the definition is very far from being precise.

Let’s suppose you go into the panic mode before an important meeting and your colleague bitch-slaps you. You suddenly become more focused and sharper.

Can this backhander be treated as a nootropic?

Once again, the definition is unclear. What is clear is that, even though you might not realize it, you probably take some of them already.

SOME OF THE AVAILABLE NOOTROPICs

Our civilization can pride itself on having a long, rich history of drugging ourselves to feel better and smarter. Here are some of the weapons of the mass enlightening:

If your head bobs like a crazy pigeon if you don’t get your daily fix, you are probably not surprised to see it here.

These days, it can be found almost everywhere. Especially in soft drinks, dark chocolate and, of course, in coffee.

Effects:
At normal doses, caffeine has variable effects on learning and memory, but it generally improves reaction time, wakefulness, concentration, and motor coordination. – Nehlig A (2010). “Is caffeine a cognitive enhancer?”. Journal of Alzheimer’s Disease.

L-Theanine, or simply theanine, can generally be found in tea.

The amount is dependent on the kind you drink but generally, you can get more in black tea than in green tea.

Great news for any enthusiast of Indian cuisine.

One of the most famous herbs which can boast such effects.

What about real nootropics?

I know that you probably want to learn more about “real” nootropics. Here is a short list of some of them.

Effects:
An antioxidant that also stimulates NGF. Found to be a potent enhancer for the regeneration of peripheral nerves.

The list goes on and on. As exciting as it all sounds, I would advise against taking most of them. Especially the ones which are intended for the patients with neurological disorders.

Why You Should Stay Away From Most Nootropics

Caffeine is still one of the best nootropics around 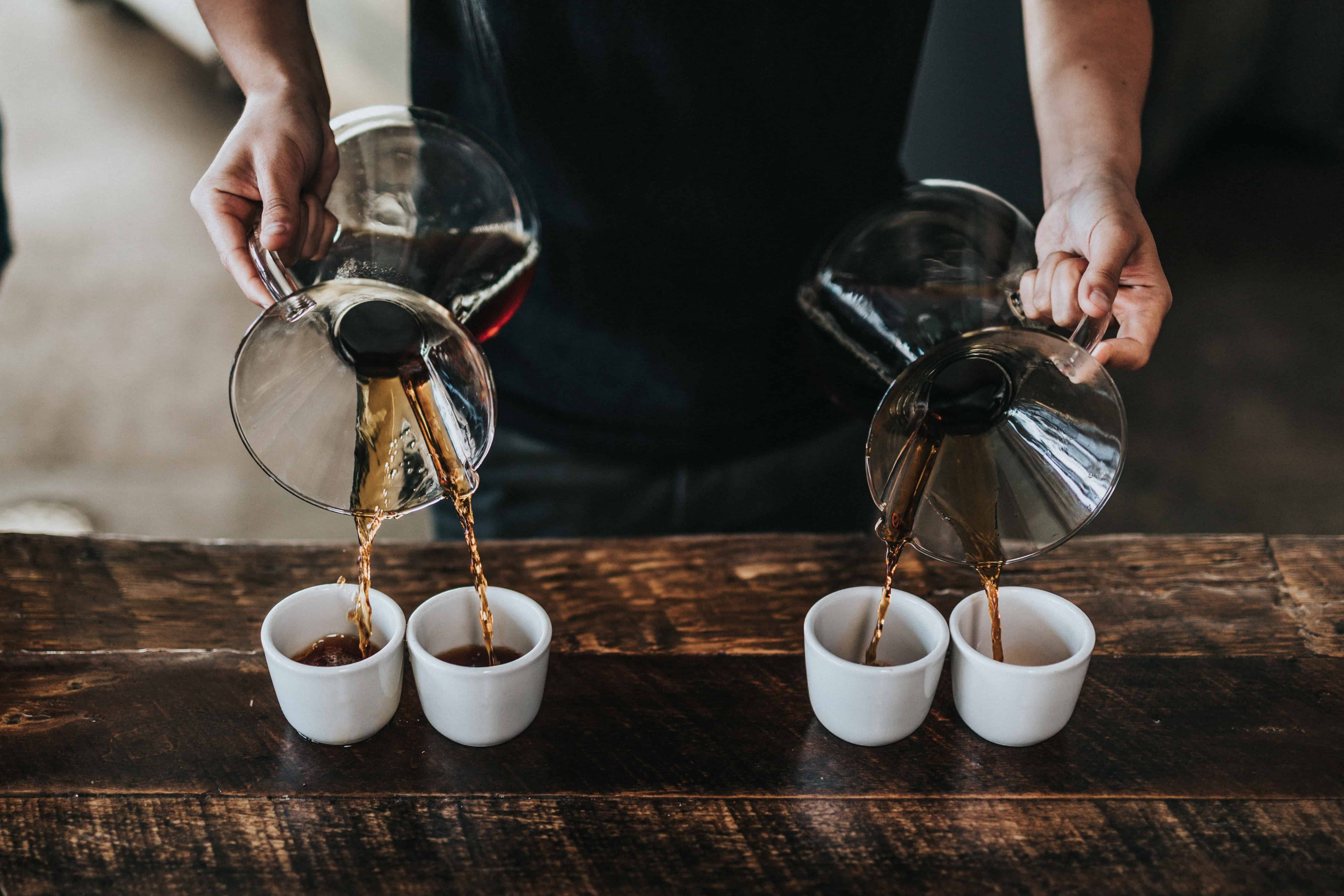 If you take caffeine in any form, it might be more than enough for you. Last year, a famous study compared the effectiveness of the CAF+ nootropic to caffeine.

The CAF+ contains a combination of ingredients that have separately shown to boost cognitive performance, including caffeine, l-theanine, vinpocetine, l-tyrosine, and vitamin B6/B12.

It was supposed to be the next big thing in the world of nootropics. Alas, it turned out to be a flop.

Here is the conclusion:

We found that after 90 min, the delayed recall performance on the VLT after caffeine was better than after CAF+ treatment.

Further, caffeine, but not CAF+, improved the performance in a working memory task. In a complex choice reaction task caffeine improved the speed of responding.

Subjective alertness was increased as a result of CAF+ at 30 min after administration. Only caffeine increased diastolic blood pressure.

We conclude that in healthy young students, caffeine improves memory performance and sensorimotor speed, whereas CAF+ does not affect the cognitive performance at the dose tested.

And that’s exactly my point. A lot of those compounds which are being plugged shamelessly by different fancy-sounding brain websites are close to useless.

Do yourself a favor and stick to the devil you know.

“500$ for nootropics is not that much. This is just the price of admission for finding the one which is right for you.”

It doesn’t sound alarming at all. No sir. Don’t think of yourself as a cowardly version of a heroin addict. You’re a brave brain-explorer! On a more serious note – a lot of these nootropics are not only shady but expensive as well. Keep that in mind, if you decide to try them out.

Even though natural nootropics are potentially safe, or even very safe, it definitely can’t be said about synthetic nootropics. By taking them you automatically volunteer to become a guinea pig.

Many of the nootropics change your levels of neurotransmitters such as dopamine, serotonin, GABA and many others.

The thing is that so do many drugs like cocaine.

The long-term effect is usually a strong imbalance of transmitter levels in order to compensate those extremes.

It reminds a lot of enthusiasts of brain-zapping couple of years ago. Even though there were almost no double-blind studies confirming its effectiveness, people glibly jumped on this bandwagon.

Of course, you didn’t have to wait long for the first papers showing that brain-zapping might not be as great as we once thought.

As Barbara Sahakian and Sharon Morein-Zamir explain in the journal Nature, we don’t know how extended use might change your brain chemistry in the long run.

Call me old-fashioned but if somebody needs a pill every time they want to feel smart or sharp, maybe they are not that smart or sharp? After every use, it’s time for a cold and lonely wake-up call.

The important question to ask here is:

what kind of people would like to take such pills in the first place?

There are two groups

a) lazy-ass slackers and loafers

These are people who have probably never put effort into any of the things they have been doing in their life. I know that you’re not one of them because you can read. That takes us to the second group.

You know much, you’ve achieved much but you want more. That’s great. That’s admirable.

But as a high-achiever, you know that there is no such thing as a lunch for free. Things which are worth your time come with a price.

There are a lot of better, and more permanent, solutions to becoming a person with an extraordinary mind.

What to do instead of nootropics?

Your short-term memory is the bottleneck of your ability to acquire knowledge. By improving it, you can greatly accelerate your learning rate.

Mnemonics are definitely one of the best ways to do it. Read more about improving your short-term memory here.

If you eat like crap (e.g. a lot of processed foods) and you look at a cucumber as if it touched you in your childhood, you should definitely take care of this problem.

If you have problems with brain fog, concentration, and mental sharpness, there is a very good chance that your diet caused a lot of deficiencies. No nootropics will fix that for you.

Get your blood checked to see what minerals and vitamins you’re lacking.

Not sure if you lack anything? Check your nails.

Healthy nails should be smooth and have consistent (pinkish) coloring.

Any spots, discoloration and so on should be alarming.

What’s more, most of the time, you can basically assume that you lack Vitamin D3. Especially if you have an office job or don’t live in a sunny climate. You probably also lack magnesium unless you’re a health buff.

More sport and more physical interactions with people. Both these things will give you a nice dopamine and serotonin kick. If you suspect that nobody loves you, try hugging stray dogs. Even this will do.

5) learn how to learn faster

Call me biased but no pill will substitute this kind of knowledge. Let’s assume that you want to learn a language and you gobbled up a magical tablet. If you use bad learning strategies, you will still get nowhere. This time, however, a little bit faster than before.

Knowing how to learn is a permanent power.

6) learn how to be more productive and how to focus

If you don’t know how to prioritize, nootropics will only make you browse all the cat pictures faster. Here is a good place to start.

7) learn how to take meaningful breaks

Doing something all the time is definitely one of the worst learning strategies ever. Breaks and a good night sleep are a part of the job.

I should know. I consistently ignore and rediscover this piece of advice.

8) learn how to make better decisions and how to think

There are dozens of mental models and biases which invisibly shape the decisions you make. Get to know them in order to reason more efficiently.

9) be consistent and build your knowledge over time

This is probably the best piece of advice I can offer anyone. You need a lot of facts in order to think efficiently and recognize patterns.

Their accumulation won’t happen overnight. It can be most aptly explained by one of my all-time favorite anecdotes.

How geniuses are made

Knowledge builds on knowledge; one is not learning independent bits of trivia.

Richard Hamming recalls in You and Your Research:

One day about three or four years after I joined, I discovered that John Tukey was slightly younger than I was. John was a genius and I clearly was not.

Well, I went storming into Bode’s office and said, How can anybody my age know as much as John Tukey does?

He leaned back in his chair, put his hands behind his head, grinned slightly, and said,

You would be surprised Hamming, how much you would know if you worked as hard as he did that many years. I simply slunk out of the office!

What Bode was saying was this: Knowledge and productivity are like compound interest.

Given two people of approximately the same ability and one person who works 10% more than the other, the latter will more than twice outproduce the former.

I don’t want to give you a rate, but it is a very high rate.

Given two people with exactly the same ability, the one person who manages day in and day out to get in one more hour of thinking will be tremendously more productive over a lifetime.

I took Bode’s remark to heart; I spent a good deal more of my time for some years trying to work a bit harder and I found, in fact, I could get more work done.

As enticing as nootropics might seem, I would strongly advise against using them. There are literally dozens of other, more permanent solutions, which you should try out first.

And I can tell you this – once you try most of them, you won’t even remember why you wanted to give them a try in the first place.

Would you ever consider trying nootropics? Let me know in the comments!