What would you do if you had more energy? What could you learn? Who would you help?

How often do you feel that you should do something but somehow never manage to do it? Of course, you WOULD and COULD BUT you feel tired or are not in the mood or … (insert some random excuse).

If I got a penny for every time my clients tell me “Nope, I didn’t really learn because ya know how it is”, I could buy a solid aluminum bat to whoop all those lame excuses out of them.

Where does your energy go?

There might be a lot of reasons why it is so. But have you ever considered that you are wasting away all your energy?

Concentrated energy is powerful beyond measure. It can be like a powerful laser beam of creativity and knowledge. Wherever you direct it, it spreads well-being and shoots up people’s IQ. But the problem is that usually, it’s not like a laser beam. It’s get diluted into hundreds of tiny rays which can’t do sh*t.

So where does your energy go? Why are you squandering it when you could do so much good in this world?

I’ve prepared a list of energy devourers. Stuff which might be as well called parasitic creatures feeding on every good fiber in your body and processing it into the grey lazy goo holding you captive in your armchair.

I’ve been guilty of all of them and I’m still trying to purge some of them from my life. And so can you. You owe it not only to yourself but to everyone who you’ve come to contact with.

I still remember when I read a 4h Work Week of Tim Ferris for the first time. It was like a door to the new world. The world of endless possibilities. But there was once concept which stood out. The concept of “information diet”.

Tim argued that you don’t need to read newspapers every day. Nor do you have to visit the news websites in order to be up-to-date. It was beyond me. “Does he not understand that I’m an educated person and I need to know STUFF?!”.

At that point in time, I was devouring every newspaper and weekly news magazine I could lay my hands on. Not only did I have to read them every day but I also had to read them cover to cover. No news was small enough.

If you find even a tiny bit of yourself in this description I beg you – stop! Stop doing it. You’ll never be up-to-date. You will never be able to keep up. But that’s not even the point. The point is that you don’t need it.

Will you become a better person by reading that the bomb exploded in Somalia killing 20 innocent children? Or that some psycho ran over a child and left him for dead? Or maybe you enjoy reading about the latest corruption scandals in your government? I hope not. I really do.

Because that’s the nature of news – they are supposed to be scary and negative. They are supposed to prey on our lowest emotions and instincts. We keep on coming back because we want to know about all the dangers which lurk in the dark. As if it was supposed to help you. 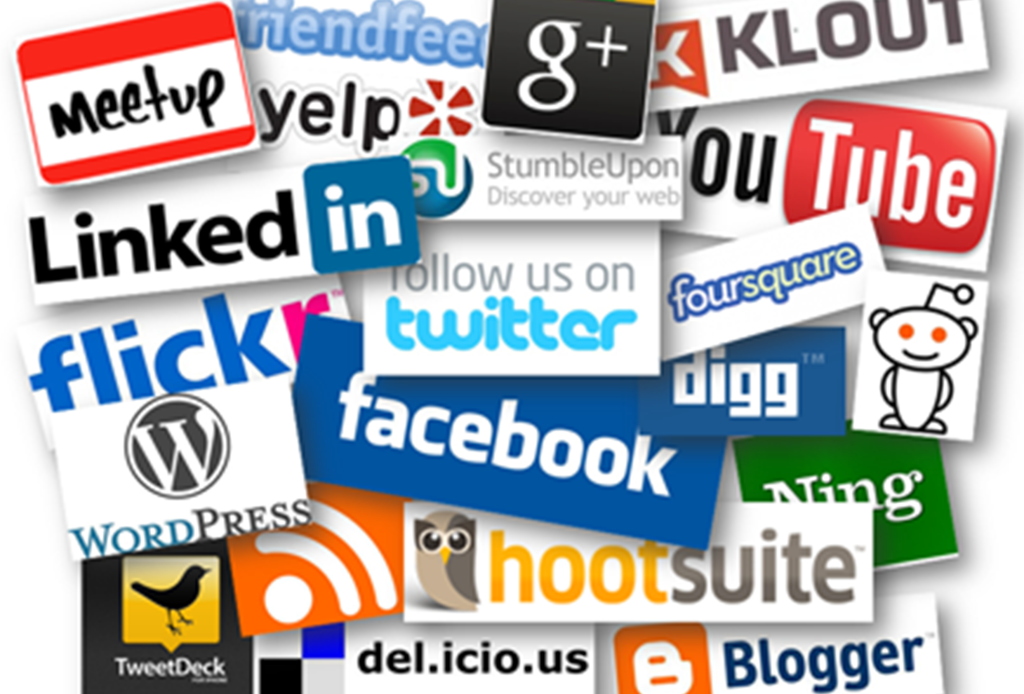 Have you heard about the FOMO syndrome? It’s one of my favorites ailments of our modern times – the Fear Of Missing Out.

This terrifying voice in the back of your head which keeps on telling you that if you don’t check your Twitter or Facebook account RIGHT, FU**ING NOW you might miss some important piece of info. Or some funny quote. Or a picture of your friend doing something crazy things.

There are just two solutions which might help you

You still have your mobile and e-mail box. Do it and save months or years of your life. I’m sure you wouldn’t like to see the following sum-up of your life in your final days

B) Start blocking it with software

It’s no shame to admit that you have no control over the use of social media. But if it’s true, and you don’t want to delete your accounts, try blocking them with this software:

There is also a third group, rare as legless unicorns – people who can actually use social media with moderation. But I don’t trust anyone who says so by default. Almost NOBODY has such a strong will.

I can’t entertain you with any personal story here. I don’t own TV and haven’t watched it since 2003.

I’m pretty sure that there is no purpose of having one. Why would you have to go through the trouble of watching hours of some worthless junk in order to see something interesting? You can find everything on the internet anyway, 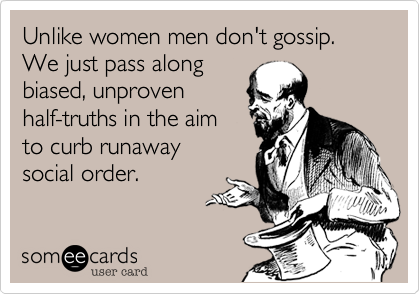 “Kim Kardashian has a huge cyst on her right buttock who does a great impersonation of Gary Oldman” (disclaimer – I made it up). That’s worth reading. Maybe a little less than “allegedly lured by tacos, a man shot in buttocks by pellet gun”.

But seriously – how can anyone care enough to read this garbage?

It’s even worse when you realize that most of your conversations are made of bad-mouthing your boss or friends. If the gossip is the last thing standing between you and the awkward conversational silence, what does it say about the quality of these conversations?

5) Having an opinion (when it doesn’t matter)

You know the type. People who always have to have the last word. You begin a polite conversation and just a moment later their faces wear this demonic expression of madness. They start splattering saliva all around the table as their eyeballs turn white.

How can you not agree with them?!
How dare you?
Don’t you know that X is better than Y?!
And how could you vote for W instead of Z?

My take? I take my part in the discussion or give advice when asked but at the first sign of any emotional uproar I back off. I don’t care enough to lose 30 minutes of my life and a big part of my emotional reserves trying to convince somebody. I have better things to do with my time.

6) Caring too much about what other people say and do 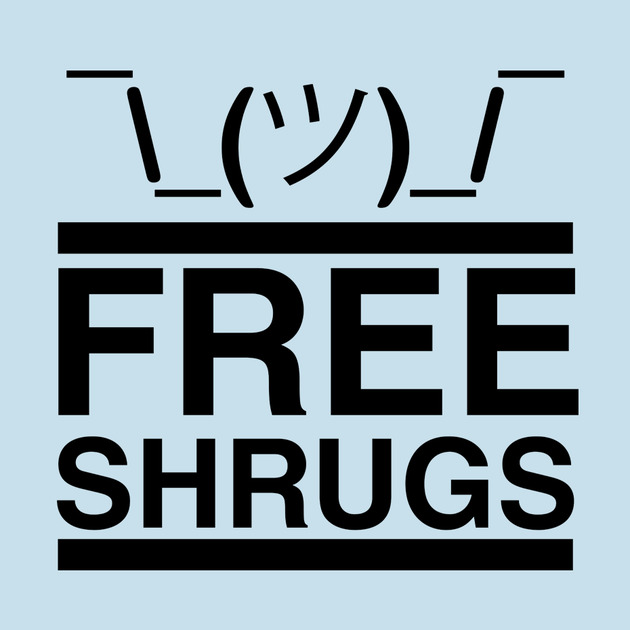 I don’t believe that you can force somebody into any kind of change. You can only let them know that you’re there if they need you. I’m trying to help anyone I can, both online and offline, but I’m not going to waste my time to shove my advice down their throat and convince them that it works.

7) Stop being jealous and comparing yourself

It’s still a bit of the problem for me. But in the past, it was much worse. “Why can’t I be taller or have more money?”. “Why everybody seems to know what they’re doing with their lives?”

It all started fading away when I began to work my ass off. You won’t have time to compare yourself to others when you concentrate on being better each day.

Because why bother if you can’t change? I know quite a handful of people who live their lives through problems of other people. They worry that a friend of some distant friend is sick. Or that somebody they don’t even know had a car accident.

It’s sad. It really is. But that doesn’t mean that any part of your day should revolve around such events. It doesn’t mean that you don’t care. Or that you’re a cold-hearted bastard. You simply save your energy for the things you can change. 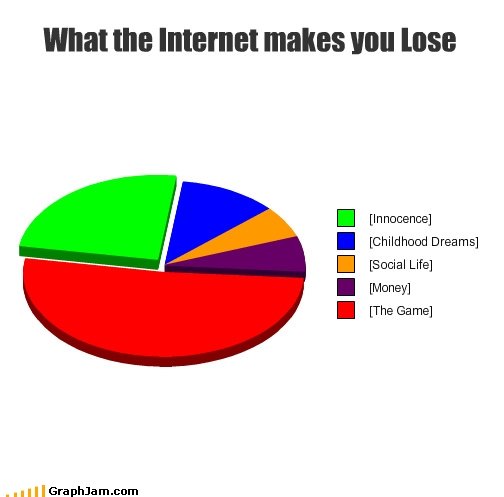 It’s fascinating. You have the biggest source of information in the universe at your disposal. Yet, most of the time you use it for some mindless entertainment.

I don’t know many people, myself included, who show any restraint when it comes to the use of the internet. I’ve tried a lot of strategies to somehow regain control over the way I use the internet. To no avail.

And that’s ok. I was too weak to do it and I accept it. I learned not to trust myself when it comes to this matter. These days I simply turn off the computer when I want to get more productive or simply block every single page that I consider a waste of time.

Surprisingly, most of us don’t use more than just a couple of time-wasting websites so it’s quite an easy task to block them all.

Are you guilty of any of these?

Also, if you have a friend who you think might benefit from this article, go ahead and send him this article! You might save him hundreds of hours of time in the process!