[su_frame]Today we have a fantastic post from Sean Hopwood, MBA – founder and President of Day Translations, Inc., an online localization and Spanish translation services. Check out his website, and enjoy the post![/su_frame]

As one of the most spoken languages in the world, Spanish deserves a place on your list of languages to master.

Many a native English speaker, however, has struggled with the Spanish tongue because it requires a greater level of flexibility than English. You’ll have to work hard at polishing your pronunciation if you want to be able to speak with a solidly good Spanish accent.

It also means not despairing or quitting on your dream of speaking Spanish like a native when yet another Spanish speaker fails to understand you.

If you’re aiming to take your Spanish skills to a higher level, read the following 5 fun ways of improving your Spanish pronunciation to find out innovative ways of speaking more like a local.

If you’re just starting to learn Spanish, you may be having problems distinguishing between different Spanish accents. Argentina, Spain, Mexico, Cuba and all other Spanish speaking countries in the world speak their own version of Spanish.

Some are so dramatically different, they may not even sound like Spanish to you.

However, don’t feel overwhelmed. The first step in improving your accent is to pick a Spanish speaking country whose accent and dialect you want to focus on.

Does Spain resonate with you because it is in Europe? Or Mexico due to the dominance of Mexican Spanish in the United States? Simply listen to the dialects that are out there and choose one that works for you and stick with it.

Once you adopt the following fun ways of improving your Spanish pronunciation and perfect your accent, adapting it to the Spanish speaking country you are in will not be so difficult.

Many students of Spanish tend to have problems differentiating the Spanish ‘b’ from ‘v’. To the untrained ear, these two letters can sound very similar – so similar you might think someone asked you for a ‘beso‘ (kiss) when what they really said is ‘vaso‘ (glass).

Let’s take this step by step: to emit the perfect Spanish pronunciation of ‘v’, for a second let your teeth rest on your bottom lip as if you are going to say the word ‘vest‘ and practice pairing this ‘v’ with the Spanish vowels of ‘a’, ‘e’, ‘i’, ‘o’ and ‘u’.

The Spanish ‘b’ is similar to the English ‘b’, as in ‘break’ or ‘berries’ and you may also practice pairing the Spanish ‘b’ with the language’s vowels.

Switch back and forth between these mouth positions when you pronounce words like ‘viento‘ (wind) and ‘bella‘ (pretty). If the two sounds sound similar, then you are doing something right.

Word accents are especially important in Spanish because not only do they alter the meaning of the word, they can make all the difference on whether or not you’ll be understood.

For example, the word for ‘father’ is written as ‘papá’ with the accent on the last letter meaning you should emphasize the last bit of the word more. When you miss the accent, you have the evenly pronounced word ‘papa,’ which means ‘potato.’

Don’t make the mistake of calling someone’s father a potato by paying attention to word accents! One of the best ways to practice your accented words is to read out loud a lot. With practice, you will visually recall the words in your head as you hear yourself and others speak the accented words.

Tongue twisters or ‘trabalenguas‘ is a wonderful way to improve your Spanish accent and pronunciation. The repetitive aspect of tongue twisters may make it hard for you to say the tongue twisting phrase quickly but they are relatively easy to commit to memory.

Each tongue twister gives your tongue a good workout and helps loosen it up so that it can easily adapt to Spanish pronunciation. Online, you can find a good many ‘trabalenguas’ that you can say daily to practice your pronunciation. Not only that, you will also be adding to your vocabulary. Here’s an example:

Do you want to give it a try? Here are some websites with challenging ‘trabalenguas’:

When you’ve been around Spanish speakers long enough, you’ll notice they tend to occasionally link or blend words together.

When will they do this?

When the last letter of a certain word matches the first letter of the following word. For instance, the phrase ‘dos sacos’ (two coats) would sound like ‘dosacos.’

Spanish speakers also link words when the last letter of a certain word is a consonant and the first letter of the following word is a vowel. The question “¿Estás enamorado?” (Are you in love?) would sound linked, as in “¿Estásenamorado?”

Another instance of linking words happens when the last letter of a word and the first letter of the following word are both vowels, such as in the sentence: “Ella está enfadada.” (She’s angry.) The untrained ear would hear it as one long word: “ellaestáenfadada.”

Learning how to link words is one of the fun ways of improving your Spanish pronunciation. Developing an ear for linked words also improves your listening skills and better prepares you as you practice linking and blending your words.

In the end, the goal is to comprehend what Spanish speakers are saying when they blend words.

These 5 tips are certain to help you perfect your accent so that you can communicate more clearly with your fellow Spanish speakers.

While focusing on your pronunciation is one aspect of improving your command of the language, don’t forget to keep up with the other aspects of language learning such as grammar, reading, vocabulary, and speaking.

Focusing your full attention on Spanish learning while tackling all aspects of the language will gradually help you achieve your dream of speaking the language fluently. 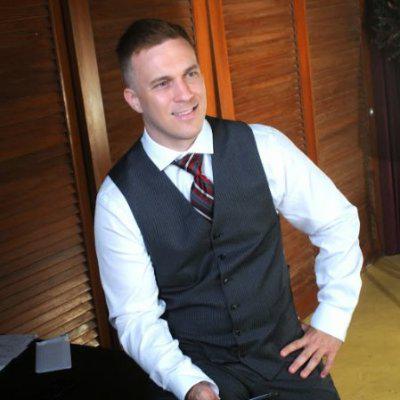 Sean Hopwood, MBA is founder and President of Day Translations, Inc., an online localization and Spanish translation services provider, dedicated to the improvement of global communications. By helping both corporations and the individual, Day Translations provides a necessary service at the same time as developing opportunities for greater sympathy and understanding worldwide.