Want To Sound Natural In Foreign Languages? Create Your Own Feedback Loop Within One Minute

The beginning of language learning journey is full of questions. You can’t be sure of almost anything you say. How could you? You know almost nothing.

So how can you check if the sentences you produce with such effort are correct? Especially if you don’t have any contact with native speakers. Ultimately, the purpose of practicing any language is to get to (at least) communicative level in a foreign language of your choice. You definitely don’t want to utter some incoherent and half-baked sentences.

As you know, I’m a very zealous supporter of talking to yourself. It’s one of the best (and free!) ways to improve your fluency. Some people actually suggest that one of these days it will lead me to sitting half-naked on the park bench and mumbling to myself while feeding pigeons. But I’ll take my chances!

So how do you tackle this problem? How do you make sure that what you want to say sounds natural and would make every native speaker smile and nod with approval?

If your first and final answer is “Google Translate!!!”, I have bad news for you.It’s still a very imperfect tool, incapable of distinguishing between various differences of the words.

I mean, just take a look: 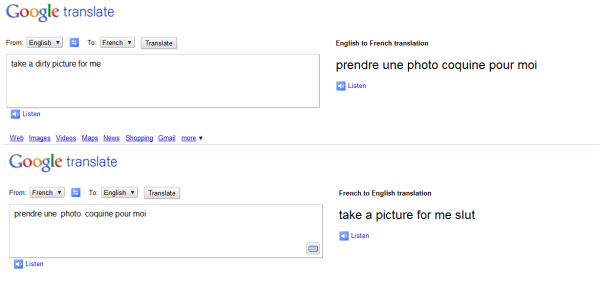 Let’s take a look at how you can make it happen. Closing the entire feedback loop shouldn’t take longer than 1 minute.

Translate A Phrase With Google Translate

Some time ago I wanted to use the phrase “padół łez i rozpaczy” (literally “vale of tears and despair”) in one of my articles. I admit this phrase is very rarely used, even in Polish. It’s quite a depressing idiom used to describe our world. And I love it.

It’s worth mentioning that I didn’t have the slightest idea how to say it. The first thing I did was checking the translation in Google Translate. 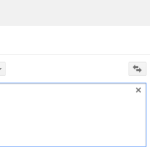 Does it look ok? No idea. Like I said, I have never used it myself. I also have never seen it being used anywhere.

Google The Phrase In Quotations Marks

That’s why our next step is to check how often it is used by native speakers. First of all, we need to learn how to make our search more precise. Our weapon of choice is “quotation marks”.

Using quotation marks
Putting terms in a quote indicates a sentence and will be searched for exactly in this composition. And this is what we get: 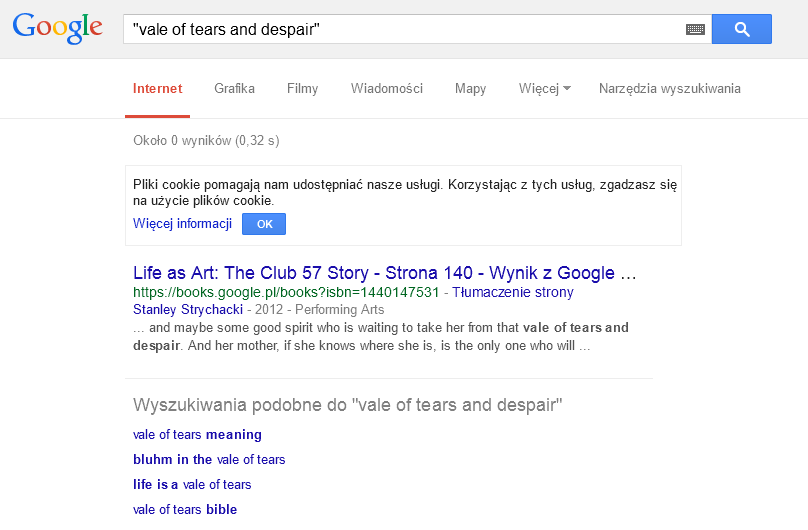 1 result?! Seriously?! What’s more, .pl means that somebody from Poland tried to use it before and even put it in the book! It is kind of disappointing. I really wanted to use it. But hey! Let’s check if the phrase “vale of tears” is more popular.

It turns up 351k results. Much better. If I had chosen so, I could have used it. Now just to prove a point, let’s check how many results it turns up without quotation marks.

As you can see, with over 1 million results it turns up 4 times more results than the same phrase with quotation marks. If I didn’t know better, I would say that it’s quite a common phrase.

Don’t Let It Limit Your Creativity

All the languages are constantly evolving. Who knows, maybe you’ll be the one to coin a new great word? That’s why you shouldn’t beat yourself up if you say something silly.

Not longer than one year ago I told my supervisor that “we can’t jaywalk through the planning process”. He said that it sounds weird. But hey! I still like this phrase!

So that’s what I do at the beginning of my language journeys (and even much later) to make sure that I don’t mutilate a given language too much. You see, now you have no excuses not to write to somebody in a language you’re currently learning!