Do you know what is the biggest BS statement on the Internet concerning language learning? "You should learn languages like a child". Ok, maybe not the worst, but certainly right up there in the top ten. I hate it. I always feel like shooting kittens whenever I hear it.

You see, there are two kinds of stupid advice - harmful and harmless. Harmless advice is, well, harmless. If somebody suggests you to wash your car with milk to make it look glossy and shining, nothing bad will really happen.

Ok, you might find your car covered with ants and cockroaches in the morning. But nothing really THAT bad. However, the harmful advice will make you lose (besides health!) the most important and non-renewable resource you possess - time. You can always make more money. But you can't recover the lost time.

"Learn like a child" advice does exactly that. It makes you lose the unthinkable amount of time.

"But Bartosz, why do you think that it's actually a bad piece of advice?". Good question, voice no 3 in my head. I rush to explain.

Behind every phrase, saying and a piece of advice there is some assumption. Or even a few of them.
At the first glance, they might seem logical. You have to dig deeper to uncover the truth.

Let's deconstruct all the assumptions behind this terrible piece of advice.

1. You have as much time as children

Average child needs at least a few years of his life to start producing any complex (?) sentences. And last time I checked kids don't have to pay any bills. Nor do they have to go to school when they are two. Hey, they don't even have to wipe themselves! They just sit and listen. That's their only entertainment.

So is your life situation comparable in any way to this ideal?

2. You can fully immerse yourself in a foreign language

Bad news. It's not going to happen. Unless you're willing to move abroad, of course.

3. Your brain is similar to the one of a child 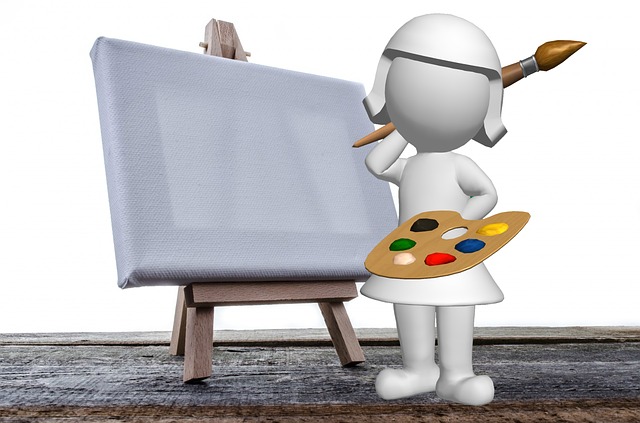 I could quote dozens of scientific papers here. But there is no need. You already know that your brain is nothing like the one of a child. The latter is a clean slate. Yours is like a graffiti-covered wall. The first one absorbs hyper-actively anything on its path. Our adult brains are pickier not as willing to take in the new information.

Here is some foretaste of the processes taking place in a child's brain (original article can be found here).

Between conception and age three, a child’s brain undergoes an impressive amount of change. At birth, it already has about all the neurons it will ever have. It doubles in size in the first year, and by age three it has reached 80 percent of its adult volume.

Even more importantly, synapses are formed at a faster rate during these years than at any other time. In fact, the brain creates many more of them than it needs: at age two or three, the brain has up to twice as many synapses as it will have in adulthood.

(Their) genes allow the brain to fine-tune itself according to the input it receives from the environment. The earliest messages that the brain receives have an enormous impact.

4. First and second language acquisition is basically the same thing

Adults are further advanced when it comes to cognitive development. What's more, they have already acquired their first language. It gives them the advantage of having the pre-existing knowledge!

All these factors influence the cognitive structures in the brain and make the process of second language acquisition fundamentally different from the ones occurring when you learn a mother tongue.

Learn The Most Important Grammar Rules

Here is a fascinating excerpt taken from David Gelernter in Mirror Worlds: or the Day Software Puts the Universe in a Shoebox…How It Will Happen and What It Will Mean. (as found on Farnam Street).

In your mind particulars turn into generalities gradually, imperceptibly—like snow at the bottom of a drift turning into ice. If you don’t know any general rules, if you’ve merely experienced something once, then that once will have to do. You may remember one example, or a collection of particular examples, or a general rule. These states blend together: When you’ve mastered the rule, you can still recall some individual experiences if you need to.

But I don't see any reason why I should wait one year before speaking some language at the communicative level. That's why it is always better to start with generalities, i.e. with the most important grammar rules.

I actually don't claim that you have to learn grammar at all. You might choose to wait until the language "sinks in". But I can promise you this. It will take you a long, long time. Even longer if this is your first foreign language. In fact, it might take so long that you will give up.

I believe that the pace of our progress is one of our biggest sources of motivation. Think about it. How many times have you continued to do something despite the lack of progress? Few of us are persistent enough to pursue activities which don't bring any effects.

As I've written before, adults have pre-existing language knowledge. Children have to learn the mechanics of their mother tongue, while as adults have a more developed grasp of how language works. After all, almost all of us know what conjugations or adjectives are. What's more, adults are outstanding pattern finding machines - it's much easier for us to deduce and apply language rules!

To sum up - as adults, we can learn really fast. But as I've said many times, it all depends on how hard you're willing to work. If you believe that watching TV series, reading comic books or just passive listening will make you fluent then... keep on dreaming. I know it sounds harsh. But it's always better to be mentally prepared to tackle challenges than to hope that "it all will be good".

Learning requires the effort. There is no way around it.

tagged with grammar, immersion, language learning, learn a language like a child, vocabulary