American Sign Language (ASL) – is the predominant sign language of deaf communities in the United States and English-speaking parts of Canada. Besides North America, dialects of ASL and ASL-based creoles are used in many countries around the world, including much of West Africa and parts of Southeast Asia. ASL is also widely learned as a second language, serving as a lingua franca. ASL is most closely related to French Sign Language (FSL). It has been proposed that ASL is a creole language, although ASL shows features atypical of creole languages, such as agglutinative morphology.
More information: Wikipedia 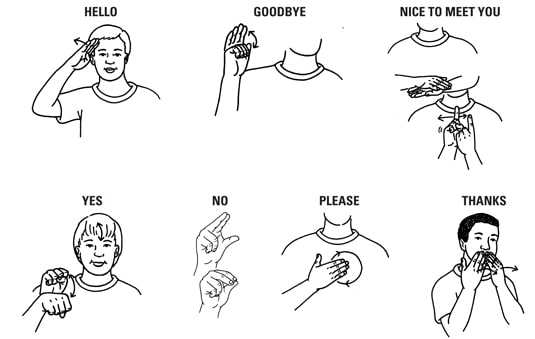