Egyptian – is the oldest known language of Egypt and a branch of the Afroasiatic language family. Written records of the Egyptian language have been dated from about 3400 BC, making it one of the oldest recorded languages known, along with Sumerian. It was spoken until the late 17th century AD in the form of Coptic. The national language of modern-day Egypt is Egyptian Arabic, which gradually replaced Coptic as the language of daily life in the centuries after the Muslim conquest of Egypt. 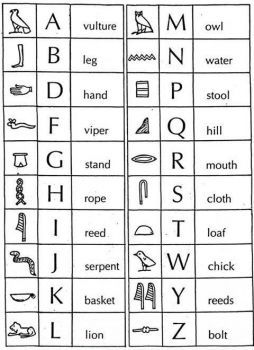 A lengthy list of books for your further reading, a list of websites, addresses of places where you can study this magnificent pharaonic culture, an overview of recent archaeological finds in Egypt and a list of movies about Ancient Egypt, complete this book.