There is no better way to start a piece on the benefits of talking to yourself than to quote Mr. Jones.

“One advantage of talking to yourself is that you know at least somebody’s listening,” Franklin P. Jones.

You must be thinking now – is there a BAD way to do it? Of course. Believe me, It’s definitely an art. Just like basket weaving.
But seriously – we take our ability to talk to ourselves for granted. I tried to google “talking to yourself” in some languages. The result? Usually, people are trying to make sure that they don’t have schizophrenia.

Taking to Yourself – Why so Many Bad Associations?

Every time, every damn time, when I mention to somebody that I love talking to myself out loud, they give me this weird look. They probably think that I put on my trench coat, get on the bus, sit near some nice old lady, and rub myself while blurting out some incomprehensible words.
That’s a grave misunderstanding. If used the right way, “self-talk,” as psychologists refer to it, can be a handy tool in your mental arsenal. It can, I kid you not, improve almost every area of your life.
No more shameful hiding in the shadows. Embrace your inner voices, and let me walk you through the benefits of talking to yourself!

Cognitive Benefits Of Talking To Yourself

What does the research say about the benefits of talking to yourself?
Research from the University of Michigan found that those who worked through their stress about giving a speech about their qualifications using “you” rather than “I” performed better and were less tormented by anxiety and self-doubt.

When people think of themselves as another person, “it allows them to give themselves objective, helpful feedback“, says Ethan Kross, associate professor of psychology and director of the Self-Control and Emotion Laboratory at the University of Michigan

In another study, psychologists Gary Lupyan (University of Wisconsin-Madison) and Daniel Swingley (University of Pennsylvania) conducted a series of experiments to discover whether talking to yourself can help you to locate lost objects.

Long story short – they established that speaking facilitated search, particularly when there was a strong association between the name and the visual target.

You see? Not only children can augment their thinking while doing some tasks!

Are there any other benefits other than being more likely to stay on task, staying focused better, and showing improved perception capabilities?

Sure! Better memory. Think about it – when you talk out loud, you stimulate more sensory channels than when you subvocalize. You hear the sounds. What’s more, even though you may not realize it, your body feels sounds as they are conducted through your bones.

Fun fact: Bone conduction is one reason why a person’s voice sounds different to him/her when it is recorded and played back.
Last but not least, whenever you say something out loud, you engage your emotions. One of the most potent ingredients to boost your memory.
Research is great. But experiencing something first hand is even better.
Choose some words you’d like to memorize and shout it out angrily or with joy and afterward start laughing like a madman. I’ll be amazed if you can’t recall it a few days later.
Here’s a good example. I’m sure you remember this scene if you have seen the movie.

I hope that by this moment, you’re at least muttering to yourself!

Benefits of Talking to Yourself – Overcoming Stage Fright

Everybody has his favorite tricks to deal with anxiety. But the one which I find the most effective is preparing yourself for what’s about to come.

Stand in front of the mirror and go through your presentation as many times as it’s necessary to turn it into a brilliant performance. Who knows? Maybe you will enjoy it that much that you will join Toastmasters.

Collect the list of 20-30 most frequently asked questions and rehearse the crap out of them!

Want to confront your boss about the long-overdue raise?

List all the possible questions that may come up during such a conversation and prepare your answers. Doing so will put you in a much better position when push comes to shove.

And so on. You get the idea.

Benefits of Talking to Yourself – Practicing Languages

What if I told you that you could learn a language without uttering a word to anyone else but yourself? You would probably think I’m crazy. And I certainly am. After all, I’m writing an article about talking to yourself.

But that doesn’t change the fact that I learned Swedish (B2 level) to get the job in less than four months without talking to anyone in Swedish (but myself). And while working 50+ hours per week.

Talking to yourself is one of the best (and cheapest!) ways to improve your language skills. Conversations with others always impose various limitations on you. It’s entirely understandable – It’s much more important to keep the talk alive than to experiment with different grammar constructions or new vocabulary.

Self-talk enables you to concentrate on your weaknesses. Such deliberate practice can significantly improve your language level.

How to Talk to Yourself?

All conversations are based on the “action-reaction” principle. Somebody asks you some questions – you answer. It goes on and on. That’s why, if you want to prepare yourself for conversations with, say, friends from abroad, you should list potential questions that might come up, together with answers to them. Don’t forget about taking into consideration the interests of potential conversation partners!

Of course, you don’t have to come up with all the questions by yourself.

I want to recommend two fantastic websites which I have been using for many years:

They cover almost every socially acceptable topic which might crop up during your conversations. Together with some more “unusual” subjects, such as – eye contact or Jamaica.

If you discuss most of these subjects with yourself, I can guarantee you that you’ll be able to talk with every native speaker about almost anything you want. Isn’t it a definition of being fluent?

Overcome Weirdness of Talking to Yourself 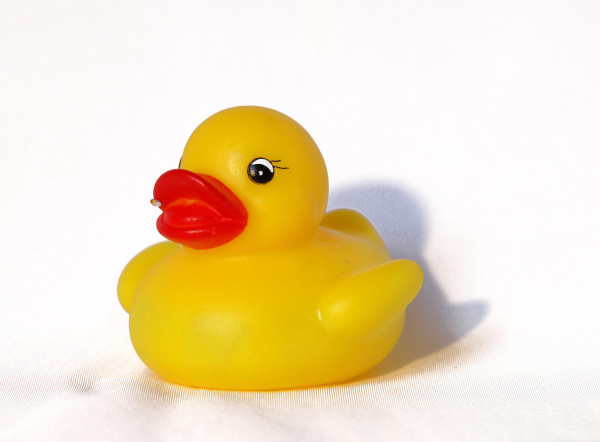 It’s only weird if you make it weird. You don’t have to rush to your friends to brag about this, nor do you have to write an article about this (sic!). It’s just a tool to make you a better person.
It’s perfectly normal. Do you know that computer scientists do it as well (not that it means anything!)?

Rubber duck debugging is an informal term used in software engineering for a method of debugging code. The name is a reference to a story in the book The Pragmatic Programmer in which a programmer would carry around a rubber duck and debug their code by forcing themselves to explain it, line-by-line, to the duck.[1] Many other terms exist for this technique, often involving different inanimate objects.

So don’t be a weirdo and don’t feel ashamed to talk to yourself!

Other Benefits of Talking to Yourself

That’s right. You might use the self-talk for various things, such as:

Benefits of Talking to Yourself – FAQ

My spouse/brother/friend is talking to himself/herself a bit too much? Should I be worried?

Generally, no, unless you notice any of the two following symptoms.

Remember, it’s not weird until you make it weird!

tagged with benefits of talking to yourself, how to talk to yourself, motivation, practise languages, problem solving